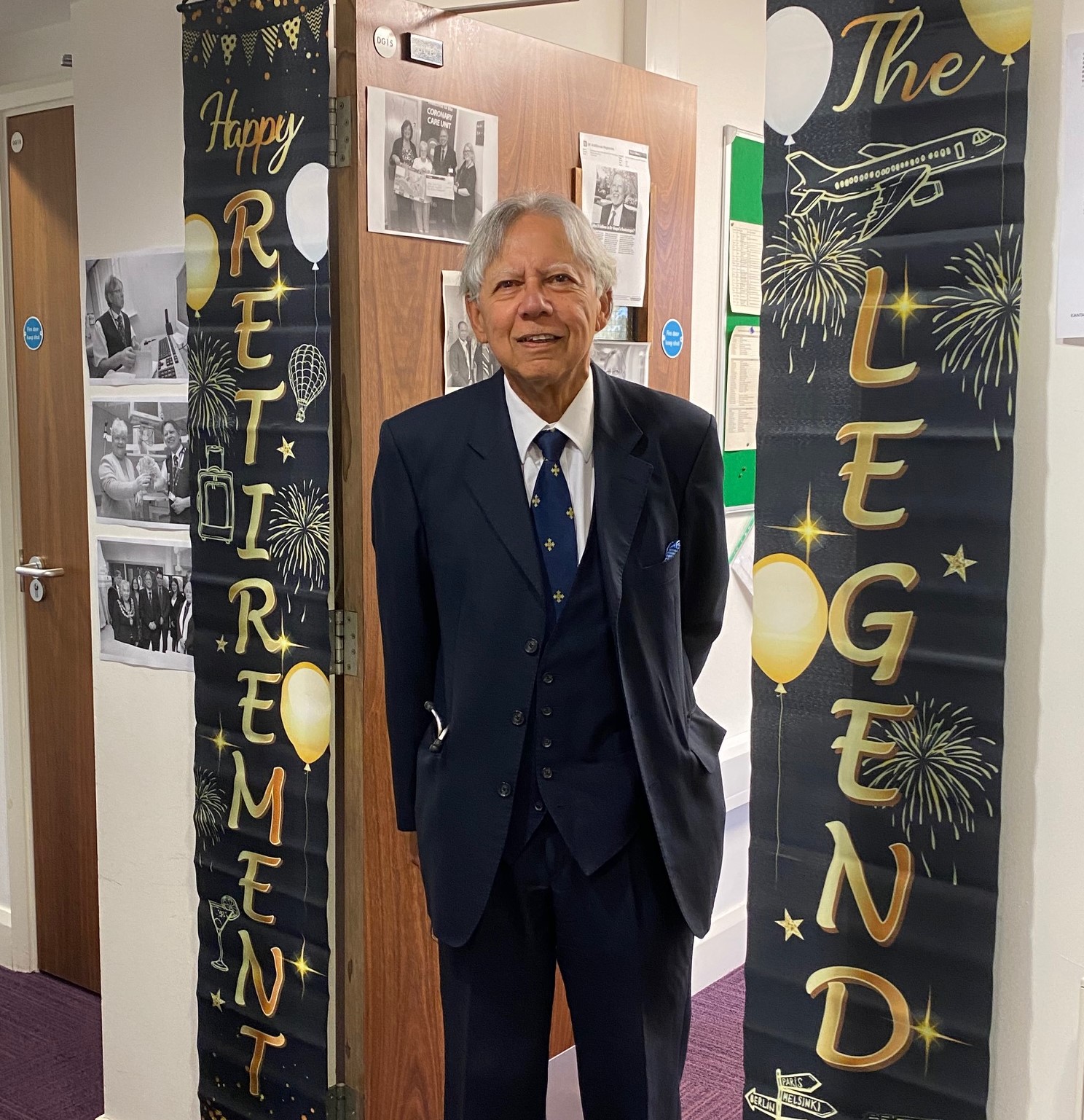 The founder of Wrightington, Wigan and Leigh Teaching Hospitals NHS Foundation Trust’s cardiology service, Dr Nayyar Naqvi OBE, has announced his retirement after 53 years of service in the NHS.

Originally from Rampur in India, Dr Naqvi moved to Pakistan, where he attended Dow Medical College and graduated in 1968, before moving to the UK.

Dr Naqvi set up the Cardiology Service in the Trust and the ‘Dr Naqvi Heart Fund’ from a humble room at Billinge Hospital in 1979.

Thanks to his pioneering work, WWL now has a first class District Cardiology Service, based at the Royal Albert Edward Infirmary, including exercise laboratories, echocardiogram laboratories and two cardiac catheter laboratories, and a subsidiary department at Leigh Infirmary.

Among his many achievements, Dr Naqvi received an OBE from Her Majesty the Queen in 2004 for his services to Medicine and Cardiology, and in 2013 he was honoured with a permanent star on the Wigan Walk of Fame at Believe Square for services to the public of Wigan Borough.

As part of the 70th anniversary of the NHS in 2018, Dr Naqvi was presented with a regional Lifetime Achievement award and was shortlisted for the national accolade.

“I have spent 42 very happy years working at Wrightington, Wigan & Leigh Teaching Hospitals NHS Foundation Trust (previously Wigan Health Authority). It has been my honour and privilege to have served the public of the Metropolitan Borough of Wigan to the best of my ability.

“I am particularly proud of having set up Greater Manchester’s North-West Sector Centre for Cardiology at the Royal Albert Edward Infirmary and the service it provides, not just to Wigan and Leigh but more widely as well. I am grateful for the tremendous support I have had from my colleagues, the nursing staff, paramedical staff and the managerial staff. My journey on the highway of medicine started 53 years ago and it has been full of wonder, a marvellous journey, awe inspiring and gratifying.

“Over the years I have seen many changes in the health service, locally and nationally. Despite all the challenges our beloved NHS faces every moment of every day, I firmly believe it is the best health service in the world. I am blessed to have worked in it.”

WWL Chief Executive, Silas Nicholls and Medical Director, Dr Sanjay Arya are offering Dr Naqvi the role of ‘Emeritus Consultant Cardiologist’, allowing him to retain his title as an honour to his immeasurable contribution to the Trust and his profession. He will also continue to be associated to the annual ‘Nayyar Naqvi Lecture’ at our fittingly named Medical Education Centre, the Nayyar Naqvi Lecture Theatre, and the Nayyar Naqvi Award for the Best Audit will remain for the foreseeable future.

Speaking about Dr Naqvi, Silas Nicholls said: “It’s with sadness, but our complete best wishes that we say thank you and happy retirement to Nayyar for what has been an exceptional career here at WWL and across the NHS.

“His work in setting up the cardiology service in Wigan has rightly seen him receive local, regional and national recognition, and his commitment to the people of our borough is an incredible reflection on his approach to health care.

“I’d like to offer my congratulations to Nayyar on an outstanding career.”

Dr Arya added: “Nayyar is an incredibly talented, dedicated and trusted colleague and friend. His impact and innovation in cardiology has had a lasting impact on the profession, the Wigan Borough and beyond. Anyone who has worked with Nayyar will be able to tell you about his humility and kindness, he truly has enriched the lives and careers of so many people and I wish him the absolute best in his retirement.

“As well as being a such a highly regarded and decorated professional, Nayyar is also famous for his love of poetry and golf, something I’m sure he will continue to pursue in his retirement, having served as the captain of Wigan Golf Club and of the 110-year-old Society of Liverpool Golf Captains.”