Layton, who who was born visually impaired and also suffered from Von Willebrands Disease and epilepsy, was given a terminal diagnosis of Mitochondrial Disease Type 1 in 2015. Following several weeks of care at WWL, Layton was transferred to Royal Manchester Children’s Hospital where he sadly passed away on Thursday, 21st January 2021 at just 14 years old.

In January 2020, WWL’s Plastering team, based in the Fracture Clinic at Wigan Hospital, produced several large Marvel Avengers Lego figurines for an annual plaster building competition. During his time at WWL, Layton, who loved to watch superhero films, was gifted the Captain America figurine which will now remain in the room permanently.

Layton’s mum, Stacey Burtonwood, and older brother, Tyrese Robinson, were in attendance on Friday 21st May 2021, to see the room for the first time and to unveil a Captain America themed plaque that reads “In loving memory of our own super hero Layton James Robinson-Bancroft. Always in our hearts.”

Stacey previously returned to Rainbow Ward in February to donate toys and gifts for other children to enjoy during their time at WWL.

The idea for the room came from some of WWL’s Play Support Workers who’d been particularly touched by Layton’s story.

Play Specialists and Play Support Workers at WWL use a variety of methods and resources to encourage play whilst in hospital to support the child/ adolescent during their treatments and procedures, and bring some normality to a potentially stressful situation.

Emily Sharrock-Peplow, Play Support Worker on Rainbow Ward, said: “Before he was transferred to Manchester, I spent a lot of time playing with Layton. He really touched my heart so when I heard that he’d passed away I knew that I wanted to do something in his memory.

“This room was where he spent most of his time when he was in our care so it’s the perfect place to dedicate to him. The last few shifts I spent with him really mean a lot to me. Everyone on Rainbow Ward will always remember Layton.”

“In loving memory of our own super hero. Layton James Robinson-Bancroft. Always in our hearts” 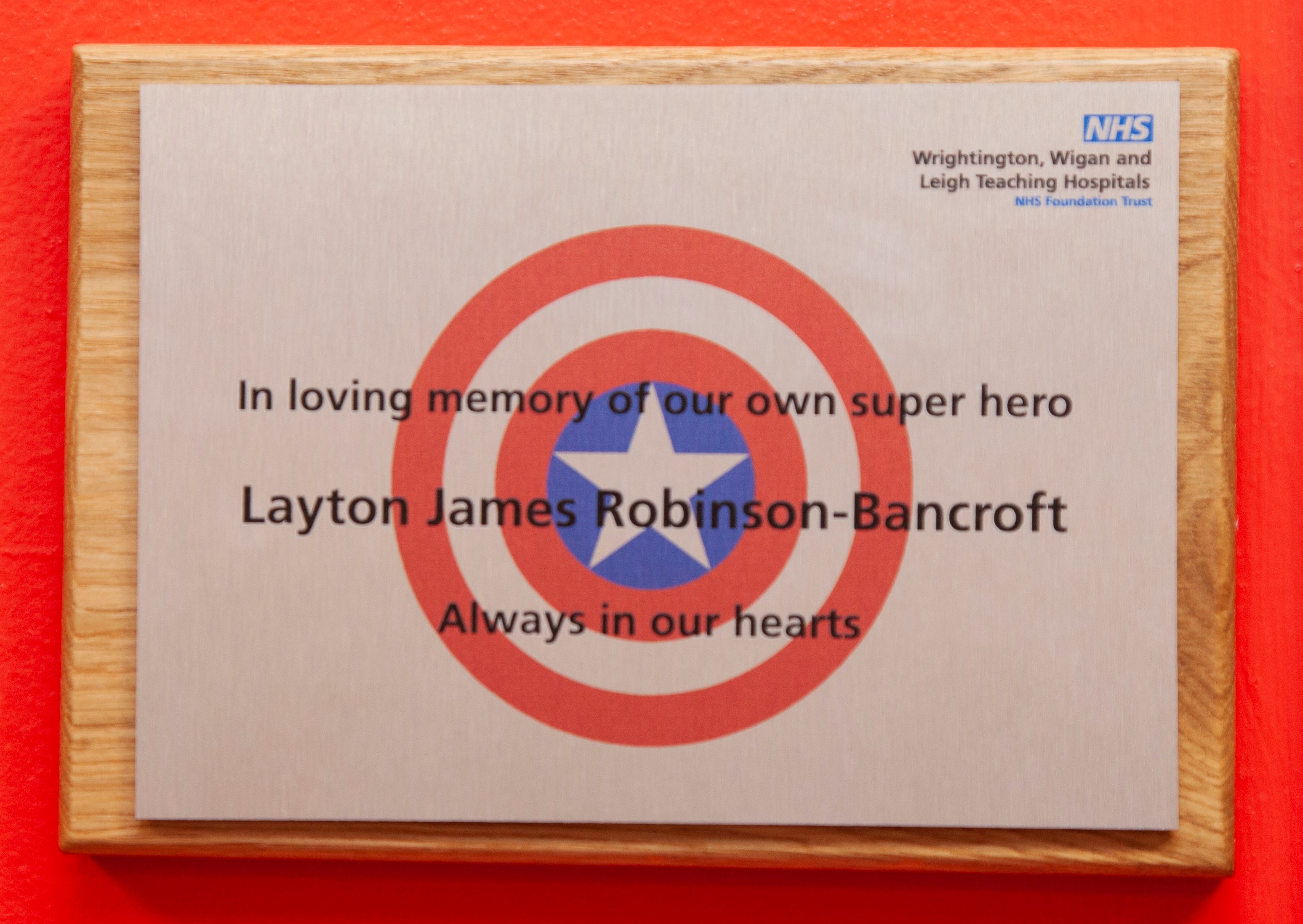