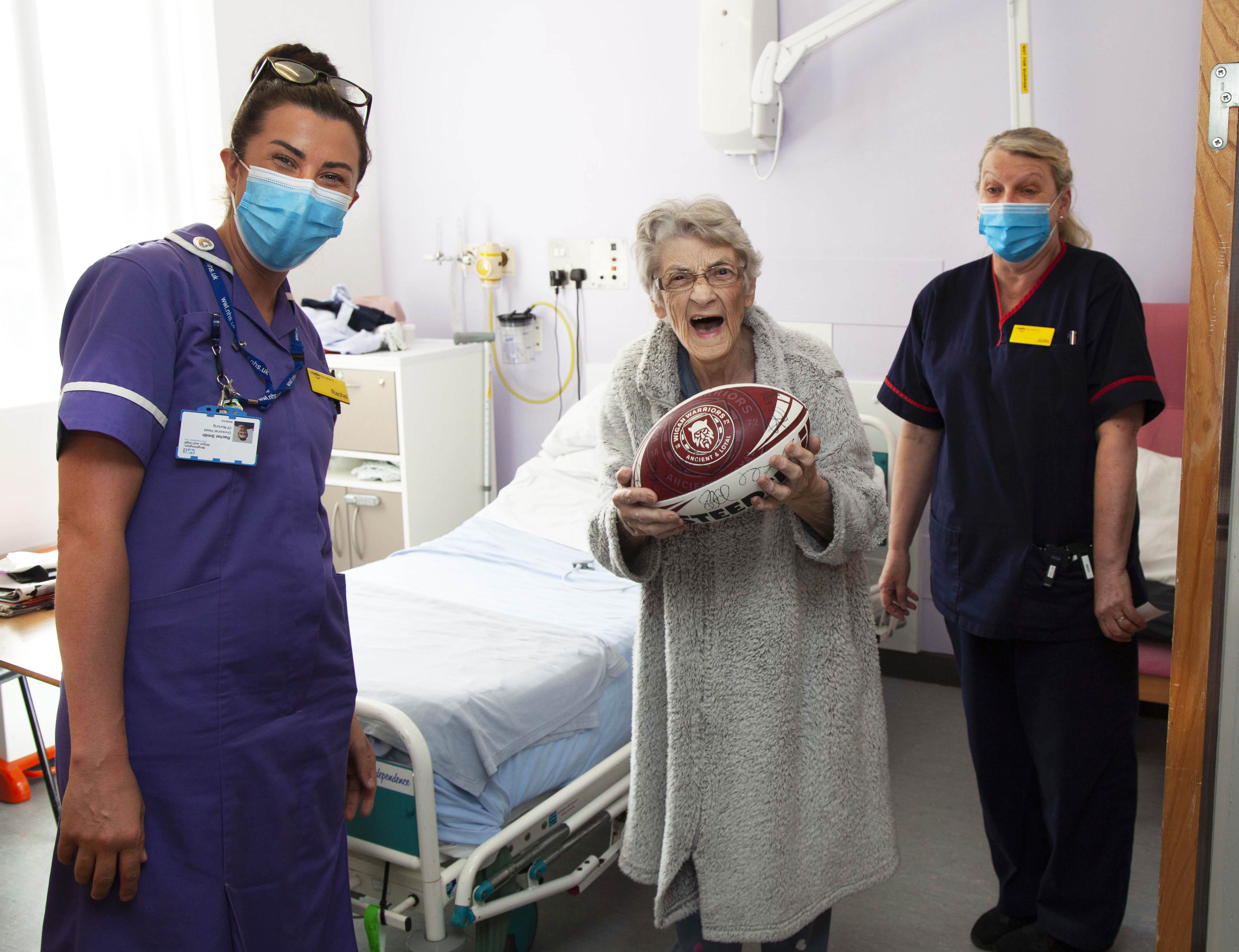 As supporters begin to return to sporting events across the country, Wigan Warriors winger Liam Marshall hasn’t forgotten about those who can’t currently attend, as he surprised an 85-year-old patient at Wrightington, Wigan and Leigh Teaching Hospitals NHS Foundation Trust’s (WWL), Astley Ward, with a signed rugby ball from the entire squad.

Edith, from Ince in Wigan, has been a patient on Astley Ward for over three weeks now, and after WWL Caremaker, Heather Berry, heard about her love for all things Warriors, she approached Liam and the club to see if they could do anything to send their best wishes.

“I have been watching the rugby since I was a little girl and now all my children are huge fans too,” Said Edith.

Not content with sending a ‘Get Well Soon’ card, 25-year-old Liam went one step further and organised for his team mates to sign a ball for Edith, something Liam, Heather and Astley Ward, Ward Clark, Debbie Latimer knew would cheer Edith up.

Heather said, “I was so privilege to be a part of this special surprise for Edith.”

The signed rugby ball was presented by Heather and Head of Nursing, Rachel Smith, on the ward and Edith was in complete shock that the Warriors had gone out of their way to sign the ball for her.

Liam, along with his team mates, said, “We hope Edith gets better soon and can’t wait to have her back on match side, cheering us on.”

An emotional Edith said: “I have never felt so important in all my life. Money can’t buy this.”