After his new-born daughter Abigail’s five week stay in Wrightington, Wigan and Leigh Teaching Hospitals NHS Foundation Trust’s (WWL), Neonatal Unit (NNU), James Hunter is taking on a 35-mile triathlon to give back to the unit that kept his daughter alive following her premature birth.

Technically made up of five events, James will complete a 1.5km swim, 40km cycle and 10km run, with a 2km walk and a 3km row thrown in for good measure – totalling 56.5km or 35 miles, with the aim of raising £100 for each day Abigail was in NNU.

The five events signifying the number of weeks Abigail spent in hospital, and the 35 miles are an indication of the journey he was making to work, the hospital and home again to see his daughter, and his wife Emma, who explained Abigail’s introduction to the world:

“At my 32-week scan we found out that Abigail had stopped growing six to seven weeks earlier, which in turn led to her being born eight weeks early. Her due date was 8th April, but she was born on 11th February.

“I was given steroid injections at midday to help develop Abigail’s lungs and was then transferred straight to Wigan Hospital.

“I was regularly checked by the Doctors and Midwives as well as being connected to a monitor that measured Abigail’s heart.”

After watching Emma’s caesarean section, James reflected: “The whole procedure took about 30 minutes; I was amazed by the very skilled team performing the operation.

“One of the Midwives had told me that if we hadn’t of had the section that day; Abigail probably wouldn’t have survived another 48 hours…Someone was watching over us that day!” said James.

Abigail weighed 2lb 4oz and was looked after for 5 weeks, with James visiting after work through the week and the couple visiting on the weekends.

The balance worked well for James, he could spend time with his eldest daughter, Ellie, at home and then visit his new-born daughter in his allocated time frame.

James continued: “I was most concerned that I couldn’t bring Ellie in with me to meet her new baby sister. We took photos and I printed out one for Ellie, so that she can cuddle the photograph until she was able to meet Abigail in person.”

During their time in hospital, the couple chose Abigail as their newest daughter’s name.

“It was meant to be. Abigail means “Father’s Joy” and it was one of the first names we had considered. It was also a coincidence that her Doctors name was Abigail and the lady from The Communications and PR Team, was called Abigail; she helped us promote our story. We knew that it was meant to be.”

“During our time on the NNU, we saw Abigail progress from Intensive Care to High Dependency to Special Care and then from an Incubator to an open cot.

“Throughout it all the Doctors, Nurses, Midwifes and Neonatal staff provided excellent care, for all of us. It was really tough as the restrictions were tighter than usual due to the Pandemic, but they made sure to keep us up to date all the time, listen to any concerns and answer any questions we had.”

“We would like to personally thank Dianne and Beth, who were the Lead Nurses, as well Lisa, Chloe, Jenny, Lynn, Alison, Emily and Dr Tin Win. Over the 5 weeks, every midwife and nurse probably looked after her at some point, so thank you very much.”

The support that James and his family had was a motivation to give back and do something out of his comfort zone, whilst raising money for the unit at the same time.

“I wanted to do something that represented the difficulty of the five weeks Abigail was in NNU.”

James will complete five events, one for each week Abigail was in hospital. A pentathlon was discussed however; James felt this wasn’t a hard enough challenge, so a Triathlon was the best option for him, which he will be completing on World Prematurity Day on Wednesday 17th November 2021.

“I am planning on swimming at the Wigan Life Centre, then walking to RAEI hospital, cycling to Walton Summit and back to Wigan Rugby Union Club. I will then start rowing on the rowing machine there and then run back to my house and then back up to the hospital.

“That will represent the journey I was doing every day from home to work to the hospital and back.” 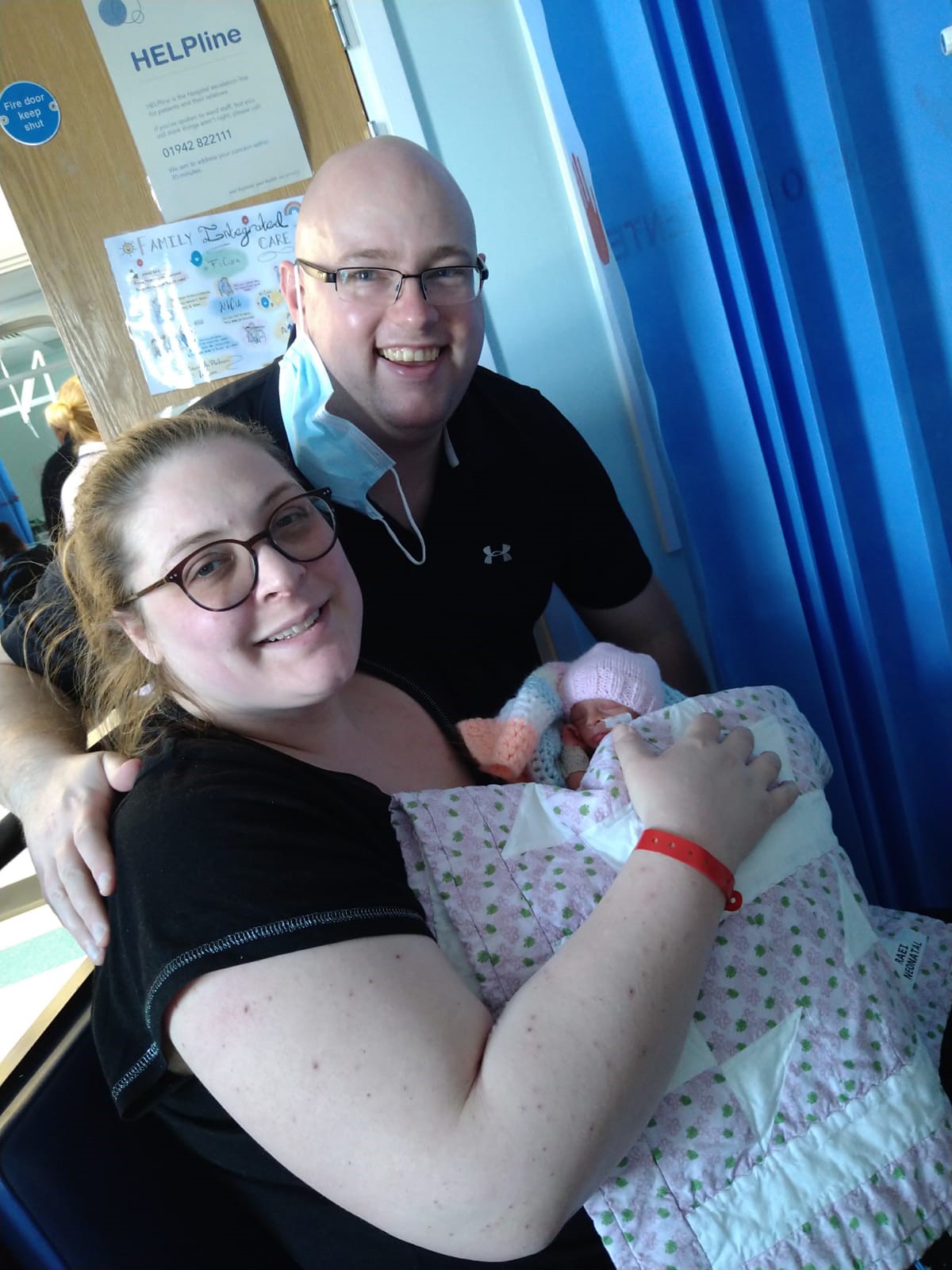